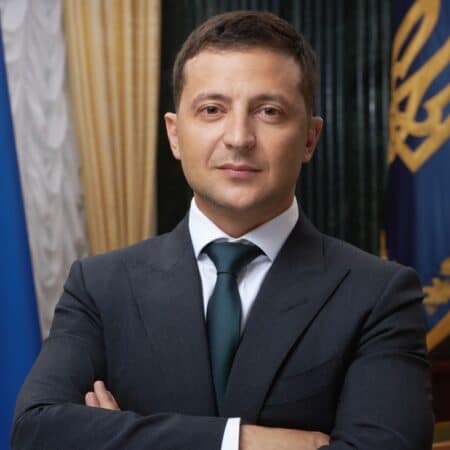 Volodymyr Zelenskyy was elected President of Ukraine on April 21, 2019. On 20 May 2019, he sworn in as the 6th President of Ukraine. He graduated in law in 2000 from Kyiv National Economic University. Between 1997 and 2003, he has been actor, performer, script writer, producer of the stand-up comedy contest team «KVARTAL 95». President Zelenskyy has founded “The League of laughter” NGO, produced 10 feature length movies, won more than 30 awards of the National Television Award of Ukraine “Teletriumph”. He is a prize-winner of numerous international film festivals and media forums. From the outset of the hostilities in Donbas, Volodymyr Zelenskyy and “KVARTAL 95” rendered support to the Armed Forces with funds, equipment and arranged shows on the front line and in different military units.