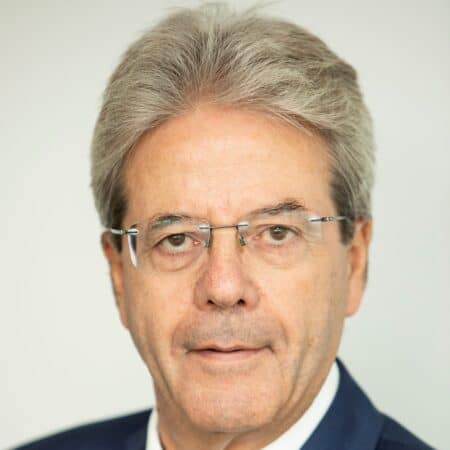 Paolo Gentiloni is an Italian politician serving as European Commissioner for the Economy in the von der Leyen Commission since 2019, following his time as the 57th Prime Minister of Italy from 2016 to 2018. Prior to that, Mr. Gentiloni served as Minister of Foreign Affairs from 2014 to 2016. He was Minister of Communication from 2006 to 2008. Between 1993 and 2000 he was the spokesperson for the Mayor and Commissioner in the City of Rome. Mr. Gentiloni is also a former professional journalist, as well as a founding member of the Democratic Party, of which he became President in March 2019. He graduated in Political Sciences from the Sapienza University of Rome.