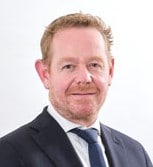 David van Weel is NATO’s Assistant Secretary General for Emerging Security Challenges. He is the Secretary General’s primary advisor on emerging security challenges and their implications for the security of the Alliance and a member of the Secretary General’s senior management team. The Emerging Security Challenges Division, which he directs and manages, aims to provide a coordinated approach by the Alliance to all new and emerging challenges. These include cyber and hybrid threats, terrorism, as well as emerging and disruptive technologies (such as AI and quantum computing), energy security challenges, including those posed by environmental changes, and data policy. Prior to joining NATO, Mr. van Weel was the Foreign Policy and Defense Advisor for the Prime Minister of The Netherlands (2016-2020). This position followed a long career in The Netherlands Ministry of Defence, where he ended as Director for International Affairs and Operations/ Policy Director (2014-2016) after serving as the Chief of Cabinet for the Minister of Defence and the Permanent Secretary (2012-2014) and as the senior policy officer for amongst others operations in Afghanistan and Libya, NATO, nuclear policy and disarmament, special operations and the preparation of the Defence Budget. Mr. van Weel started his career in the Royal Netherlands Navy, where, upon completion of the Naval Academy (1994-1999), he served on different frigates, served in the British Royal Navy as an exchange officer, worked as a Staff Officer for Middle and Eastern European countries in the Defence Staff and ended as a Primary Warfare officer and Navigation Officer.