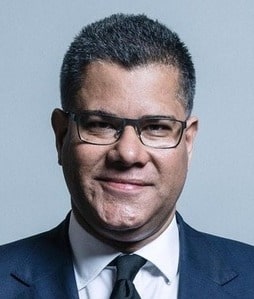 Alok Sharma was appointed full-time President for COP 26, the 26th United Nations Climate Change Conference, on 8 January 2021.  He was previously Secretary of State for Business, Energy and Industrial Strategy and President for COP 26 between 13 February 2020 and 8 January 2021. Before that, he was Secretary of State for International Development (2019-2020), and Minister of State for Employment at the Department of Work and Pensions (2018-2019). He was also Minister of State for Housing and Planning, for the Department for Communities and Local Government (2017-2018).  Mr. Sharma was Parliamentary Under Secretary of State at the Foreign and Commonwealth Office from 17 July 2016 to 13 June 2017. He has served as a member of the Commons Treasury select committee, a member of the Commons Science and Technology select committee, a Parliamentary Private Secretary at the Treasury and from 2012 to 2015 as a Conservative Party Vice Chairman. Alok Sharma was appointed in 2016 as the Prime Minister’s Infrastructure Envoy to India.  Prior to entering Parliament, Mr. Sharma qualified as a chartered accountant with Coopers & Lybrand Deloitte, and then worked for 16 years within banking, first with the Japanese firm Nikko Securities and then Enskilda Securities (the investment banking arm of SE Banken), where he held senior roles based out of London, Stockholm and Frankfurt, including serving as a member of the bank’s Corporate Finance Global Management Committee.