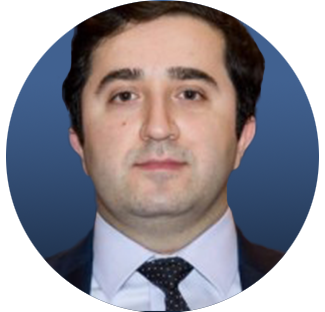 Fellow, the Brookings Institution; and Director of the Carnegie Corporation's Crisis Response Council

Dr. Ranj Alaaldin is a Fellow at the Brookings Institution and Director of the Carnegie Corporation’s Crisis Response Council. Alaaldin was awarded a grant by the Carnegie Corporation of New York for a collaborative project on conflict and peace-building, including a track-two initiative that convenes officials, practitioners, civil- society and private sector organisations to establish peace-building  strategies in Iraq, Syria, Libya and Yemen. Alaaldin obtained his PhD at the London School of Economics and Political Science, where he also obtained degrees in Public International Law and studied social movements and sub-national identities, with a particular focus on ethnic and religious mobilisation. He advises government and non-government organisations and is currently working with the World Bank on youth empowerment, security sector reform and the political economy of violence.

GOVERNANCE IN CRISIS: WHAT FUTURE FOR SECURITY SECTOR INSTITUTIONS IN THE MENA REGION?

MED 2021 | Closing SessionMED – MEDITERRANEAN DIALOGUES is the annual high-level initiative promoted by the Italian Ministry of Foreign Affairs and International Cooperation and ISPI (Italian Institute for International Political Studies) in Rome with the aim to rethink traditional approaches to the area complementing analyses of current challenges with new ideas and suggestions and to draft a new “positive agenda”, addressing shared challenges at both the regional and the international level. Register here: join.med.ispionline.it/ ... See MoreSee Less

"We need migrants in Europe. We refuse this idea, but we are in a 'demographic winter’ and we do need people to come in.” Watch the address by Josep Borrell, High Representative for Foreign Affairs and Security, EU, at #MED2021. Join the live streaming here ➡️ events.ispionline.it/event/rome-med-2021 ... See MoreSee Less

"What is the region’s main challenge and how can it be leveraged?" Watch the interview with Randa Slim, Director of Conflict Resolution and Track II Dialogues Program, Middle East Institute (USA) at #MED2021.Join the live streaming of day 3 ➡️ events.ispionline.it/event/rome-med-2021/ ... See MoreSee Less

"Ahead of the elections, we need to support Libya's institutions in order to lead them to the final reunification of the chain of command." - @natalinacea, Head of Mission, European Union Border Assistance Mission in Libya @EUBAMLibya, at #MED2021.
Live ➡️ https://events.ispionline.it/event/rome-med-2021

“We need migrants in Europe. We refuse this idea, but we are in a ‘demographic winter’ and we do need people to come in.” Watch the address by Josep Borrell @JosepBorrellF, High Representative for Foreign Affairs and Security, EU, at #MED2021.
Live here ➡️ https://events.ispionline.it/event/rome-med-2021

Had the honor of speaking at the @ispionline #MediterraneanDialogues 2021 in Rome where I discussed how young generations can shape a greener future. The message was clear young people are continue to be disappointed and need to be included on the decision-making table.