Iraq and Syria: Is Daesh Coming Back?

The MED This Week newsletter provides expert analysis and informed insights on the most significant developments in the MENA region, bringing together unique opinions on the topic and reliable foresight on future scenarios. Today we focus on the Islamic State’s recent activity in Syria and Iraq. The latest attack on a prison in northeast Syria is

The MED This Week newsletter provides expert analysis and informed insights on the most significant developments in the MENA region, bringing together unique opinions on the topic and reliable foresight on future scenarios. Today we focus on the Islamic State’s recent activity in Syria and Iraq. The latest attack on a prison in northeast Syria is perhaps the most sophisticated operation launched by the group since 2019. Therefore, it raises concerns about the possible resurgence of IS in the region.

On January 20th, 2022, the Islamic State (IS) conducted two concurring attacks on both a military barracks in Iraq and the al-Sina’a prison in the Syrian province of al-Hasakah. Run by the Kurdish-led Syrian Democratic Forces (SDF), the al-Sina’a prison is the largest facility for IS detainees in northeastern Syria. As this operation went off, the 3,500 prisoners believed to be detained in the compound reacted by organising a riot that the Kurdish forces struggled to contain. In the ensuing six days of fighting with the SDF, more than a hundred people were killed, and tens of thousands of civilians were forced to flee. Although presumably not coordinated, these two events are the latest evidence of the security threat that IS still poses to the region. In fact, only in 2021, the jihadist group claimed more than a thousand attacks in Iraq and more than three hundred in neighbouring Syria. Against this backdrop, the prison break raises particular concerns, as it likely represents the most sophisticated operation yet to have been carried out by IS since its territorial defeat in March 2019. Additionally, the attack calls into question the sustainability of the current detention system. Thousands of IS prisoners are indefinitely detained in high-security prisons, while their family members are still held in camps spread across Syria. For years, the SDF and the US State Department have reiterated their calls for the repatriation of foreign fighters held in Syria. However, these calls have so far obtained few results, and these detainees might soon join the ranks of the cells active in the region. In a context as fragile as the Middle East, the resurgence of violent jihadism constitutes a looming threat. While in western Syria the Islamist militant group Hayat Tahrir al-Sham is recasting itself as a governing force, in the eastern part of the country and Iraq, IS militants are raising their stakes.

Experts from the ISPI MED network react to the risks of an IS resurgence in Syria and Iraq. 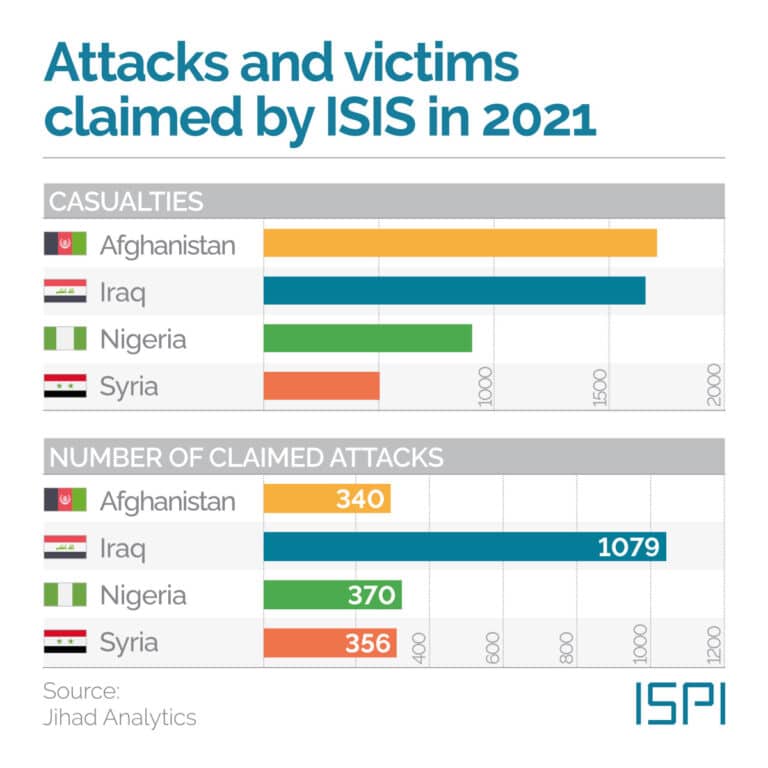 With Daesh’s detainees, Syrian Kurds are seated on a ticking time bomb

“There’s no doubt that the Syrian Democratic Forces (SDF) proved to be a loyal and capable partner in the campaign to roll back IS’ territorial control from 2014 to 2019. Nonetheless, the challenge that it has faced since is, frankly, beyond its capabilities alone. The US-led coalition has some serious soul-searching to do. For years, it has been clear that the current approach to IS detention (without trial, in makeshift facilities guarded by a poorly resourced non-state actor) was a ticking time bomb. The international community has a clear responsibility to better secure IS prisoners, while longer-term solutions are more seriously considered. Meanwhile, pivoting in early-2019 from a semi-conventional military campaign to a mission that combines counterinsurgency and counterterrorism brought a marked increase in complexity and required a deeper investment of resources – yet the coalition reduced its footprint, providing openings for IS that are only now becoming clear.”

“Breaking-the-walls”: An IS’ long-standing strategy

“The recent attack by the so-called Islamic State on the al-Sinaa prison in the al-Hasaka governorate, in northeastern Syria, shows IS’s increasing ability to take advantage of vulnerabilities in the local context and stage more complex attacks. What happened in al-Sina’a is by far the most significant attack staged by IS in Syria since 2019 – although there have been other like-minded attempts in these years. Back in April 2019, there was another prison break attempt in al-Malikiya/Derik, in the al-Hasaka governorate. More recently, as of last November, the SDF reported having thwarted a plot to attack the very al-Sina’a prison.

In its narrative, IS places emphasis on prisons and appeals to free its imprisoned militants. These kinds of attacks took place not only in Syria but also in other areas of the world – as in August 2020, when IS claimed an attack on a prison in Jalalabad, Afghanistan.”

The prison assault: A wakeup call for the international community

“States must recognize that leaving their nationals in the dire conditions seen in the camps in Syria and Iraq not only violates their obligations under international law, but also places an enormous burden on countries that are poorly equipped to adequately address such a complex challenge. This will likely create a significantly larger security threat in the future. It is vital that the international community recognizes the imperative needed to take a proactive approach to Foreign Terrorist Fighters (FTF) family members and demonstrate the political will to repatriate their nationals, particularly children who should not be held responsible for the acts or associations of their parents. Comprehensive repatriation plans, as opposed to the current ad hoc approach, should include prosecutions where appropriate, but also crucially, rehabilitation and reintegration efforts that involve a multidisciplinary team of social workers, psychologists, police, and security actors as well as other experts, but also members of the communities to which these individuals will eventually return to. Some of the returnees may pose a security risk, but this is one that can be more effectively addressed by states who play a role in managing the returns of their nationals, rather than leaving them in camps where the risk of escapes is high, violence is pervasive, and the danger of radicalization is real.”

What’s happening in Eastern Syria has no echo in Idlib

“Through a series of internal transformations, Hay’at Tahrir al-Sham (HTS) has distanced itself from the transnational Salafi-jihadist movement while dramatically reducing space for hardliner jihadist actors in northwest Syria. Breaking away from its jihadist roots, HTS has steadily recanted its group as a local Syrian actor focused on governing Idlib and willing to ensure that it would not be used as a launching pad for external militant operations. This evolution doesn’t erase the past, nor does it address the concerns many have about the group. Yet, it’s important to note that this shift is not merely a rebranding; rather, HTS’ position is a cumulative result of years of ideological and strategic divergence from transnational jihadist movements on key issues.

The international community should consider defining benchmarks to test HTS on their claims of change and introduce carrots and sticks-aimed at encouraging HTS to meet those standards.” 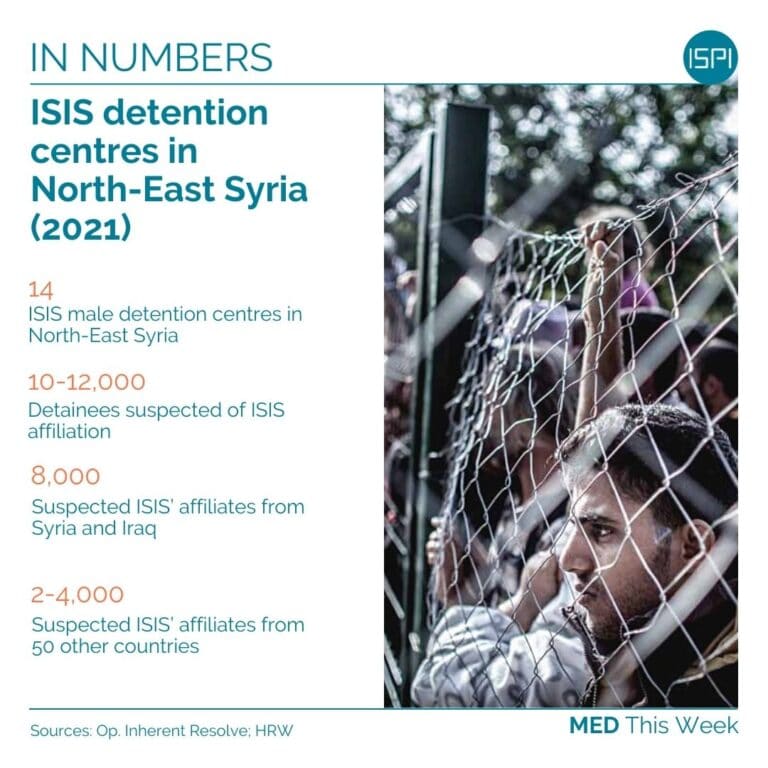