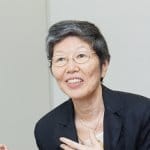 Former Executive Member, Council for Science, Technology and Innovation of the Cabinet Office of Japan

Dr. Yuko Harayama is an Executive Director charged of international affairs, promotion of early career researchers and diversity at RIKEN, Japan’s largest research organization for basic and applied science. Prior to joining RIKEN, she spent five years at the Cabinet Office of Japan, as an Executive Member of the Council for Science, Technology and Innovation (CSTI). In this capacity, she represented Japan in different international science and technology meetings, including G7 Science and Technology Ministers’ meeting. Prior to joining the CSTI, she spent two years at the Organisation for Economic Co-operation and Development (OECD) as the Deputy Director of the Directorate for Science, Technology and Industry (STI) and ten years at the Graduate School of Engineering of Tohoku University as a professor of Science and Technology Policy. Through her work, she has contributed to the promotion of science and technology nationally and internationally for a long period of time.

Her experience prior to Tohoku University includes being a Fellow at the Research Institute of Economy, Trade and Industry in Japan (RIETI) and an Assistant Professor in the Department of Political Economy at the University of Geneva. Ms. Harayama holds a Ph.D. in Education Sciences and a Ph.D. in Economics both from the University of Geneva. Her areas of expertise are Science, Technology and Innovation Policy and Higher Education studies.

She is a Legion D’Honneur recipient (Chevalier) and was awarded honorary doctorate from the University of Neuchâtel.