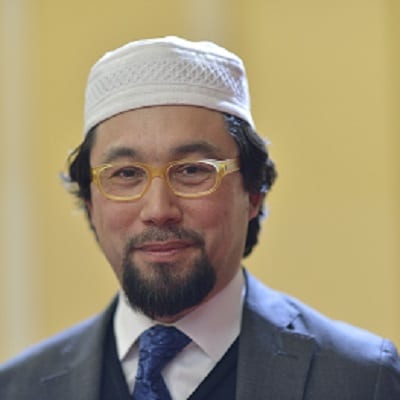 President and Imam of CO.RE.IS (Islamic Religious Community) of Italy

Yahya Pallavicini is a second generation Muslim Italian citizen. Imam and President of the Italian CO.RE.IS. (Islamic Religious Community), member of the Islamic Cultural Centre of Italy (the Great Mosque of Rome), and ambassador of ISESCO (Islamic Organization for Education, Science and Culture) for dialogue among civilizations. He is advisor on Islam at the Ministry of Interior, the Ministry of Foreign Affairs and the Ministry of Education,
University and Research. Lecturer on Islam at the NATO Defense College in Rome. He teaches courses on the Quran and its interpretations in the Master’s program of the Abrahamic religions at the Catholic University of Milan, on Islamic knowledge and the Islamic world in the Master’s program of Intercultural communication at the Swiss Italian University of Lugano and Interreligious Dialogue in the prevention of radicalism in the Master’s program in economic, geopolitical and intelligence security of SIOI (Italian Society for the International Organization of Rome). For over a decade he has collaborated with the office of the President of the European Commission. He is a member of the European Council of Religious Leaders and was part of the delegation of international Muslim scholars at the Catholic-Muslim Forum held in the Vatican in 2008 and 2014 He has been included among the five hundred most influential Muslims in the world in the category of institutional representatives. In Europe, as son and spiritual heir of Shaykh Abd al Wahid, Yahya Pallavicini represents the testimony of an Islamic current that adheres to the Sunna Muhammadiyyah, the renewal of Prophetic wisdom, in light of the orthodox teachings of Shaykh Abu Hamid al-Ghazali (1058-1111), Shaykh Abu al-Hassan al-Shadhili (1196-1258), Shaykh Ahmad ibn Idris al-Hasani al-Fasi
(1760-1837) and Shaykh Abd al-Wahid Yahya Guénon (1886-1951).