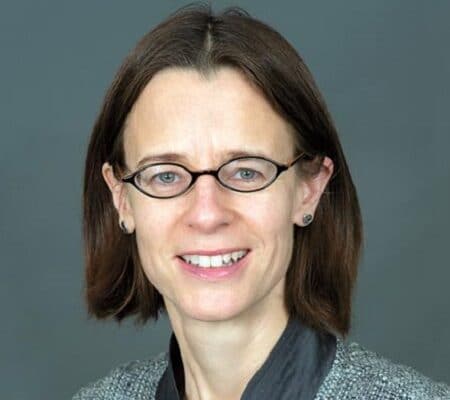 Chief Economist for the Infrastructure, Vice-Presidency of the World Bank

Vivien Foster is the Chief Economist for the Infrastructure Vice-Presidency of the World Bank; which covers the areas of Digital Development, Energy & Extractives, Transport and Infrastructure Finance. During her 20 years at the World Bank she has played a variety of leadership roles, including: Global Lead for Energy Economics, Markets and Institutions (2016-18); Practice Manager of the Global Energy Anchor (2012-16); and Lead Economist for Infrastructure in the Africa Region (2006-11). Throughout, her focus has been on the intersection between network infrastructures and economic policy. She has contributed to client dialogue, as well as advisory and lending engagements, in more than 30 countries across Africa, Latin America, Europe, Asia and the Middle East. Vivien has spearheaded several major policy research initiatives including: Water, Electricity and the Poor (2005), examining the distributional impact of utility subsidies; Africa’s Infrastructure (2009), a path-breaking analysis of the continent’s network infrastructure challenges; Building Bridges (2009), detailing China’s growing role as infrastructure financier for Africa and many others. Prior to joining the World Bank, Vivien worked as a Managing Consultant of Oxford Economic Research Associates Ltd in the UK, advising private and public sector clients in the water and energy industries, both in Europe and Latin America, with focus on the economic regulation of utilities.