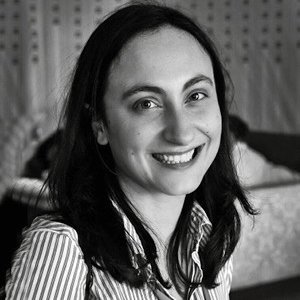 Viviana Mazza is a journalist of Corriere della Sera in the Foreign Office and author of children’s books, including the bestseller Storia di Malala (Mondadori 2013). She has a Masters in Journalism from Columbia University in New York (2004) and a postgraduate degree in Forced Migration and Refugee Studies from the American University in Cairo, Egypt (2006). She was recently sent by Corriere to Saudi Arabia, and several times to Iran where she interviewed presidents Hassan Rouhani and Mahmoud Ahmadinejad, in Syria during the civil war, in America during the election of Obama and then of Trump, in Egypt, where she followed the trial of Mubarak and the Regeni case, in Israel and the Palestinian Territories, Iraq, Pakistan, Afghanistan, Nigeria, Qatar, Haiti. In 2010 she won the Mario Luchetta journalistic prize dedicated to children victims of war. For Mondadori she has published three books for children: Il Bambino Nelson Mandela (2014), translated into Portuguese; Stolen Girls (2016) with Nigerian writer Adaobi Tricia Nwaubani about women kidnapped by Boko Haram. She is a fellow of the German Marshall Fund and a Young Leader of the Council for Relations between Italy and the United States.