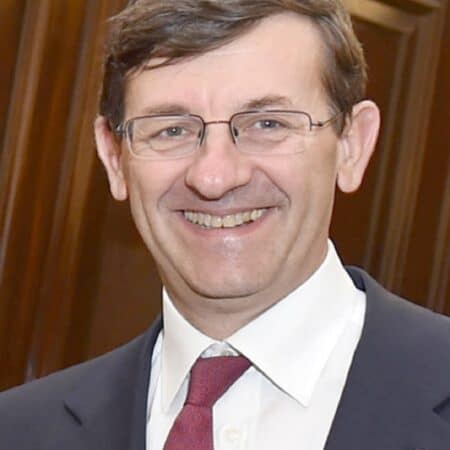 Vittorio Colao is the Italian Minister of technological innovation and digital transition. In 2020, he coordinated the Committee of experts in economic and social matters nominated by the Italian President of the Council of Ministers during the COVID-19 crisis. He started his career in 1986, in McKinsey. In 1996 he joined Omnitel (today Vodafone Italy) as general manager and he was appointed CEO in 1999. In 2011 he was nominated local CEO of Vodafone Group for Southern Europe and in 2003 his responsibility was extended to Middle East and Africa. In 2004, Vittorio Colao left Vodafone and became CEO of the publishing company RCS MediaGroup for a two year-long experience, after which he rejoined Vodafone as CEO Europe. In 2008 he was nominated CEO of the Vodafone Group and stayed in office until 2018. In recent years, Vittorio Colao has been advisor of General Atlantic, Non-Executive Member of the Board of Directors of Unilever, and Member of the Board of Directors of Verizon and Bocconi University. Colao is also a member of the Advisory Board of the Oxford Martin School and Cometa ONLUS, an organization focused on welcoming and training minors in Como. Vittorio Colao is Cavaliere al Merito del Lavoro (2014) and was nominated United Nations He4She Champion (2015), FT Women Champion (2017), and Stonewall Senior Champion (2018). He received a degree from Bocconi University and an MBA from the Harvard Business School.