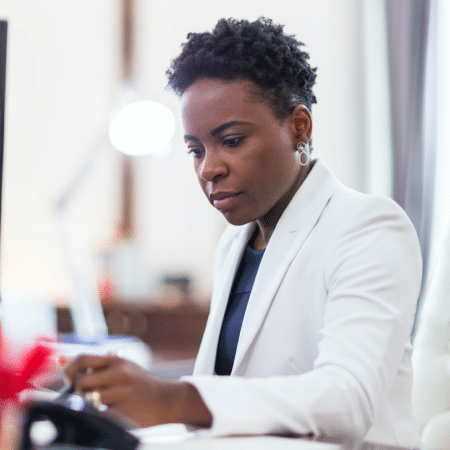 Mrs. Vera Esperança dos Santos Daves de Sousa, was born in Luanda and has a degree in Economics from the Catholic University of Angola (UCAN). She is the first woman to be appointed as Minister of Finance in Angola. Until the date of her appointment she was Secretary of State for Finance and Treasury. Her curriculum includes the Course on Banking Techniques and Practices by the Institute for Banking Training in Portugal, and Derivatives and Bond Markets Course (ICAP). She has worked as finance technician at Sonangol ESSA, Director of the Products and Research Office in Banco Privado Atlântico, Lecturer of Financial Markets at the Executive MBA promoted by the Catholic Business School Alliance, Lecturer of Public Finance and Economic Integration at UCAN – Business School. From 2014 to 2016 she was the Executive Director of the Capital Market Commission and from September 2016 to October 2017 she was Chairman of the Capital Market Commission. Mrs. Vera Daves de Sousa also played the role of economic commentator in various media. She was the co-author of a book on Public Finance.