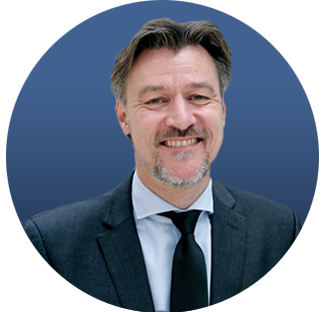 Mr. Ulrik Vestergaard Knudsen took up his duties as Deputy Secretary-General of the OECD in January 2019. His portfolio includes the strategic direction of OECD policy on Science, Technology and Innovation; Employment, Labour and Social Affairs, Migration, Health; Education; and Centre for Entrepreneurship, SMEs’, Regions & Cities. He also oversees the OECD Centre for Skills and the Well-Being, Inclusion, Sustainability and Equal Opportunity Centre (WISE), and in June 2021 was appointed OECD Gender Champion, leading the organisation’s work on Gender Equality.

Jointly with the Secretary-General, Mr. Knudsen transformed the OECD Executive Committee in Special Session into the Global Strategy Group to have a strategic forum to discuss issues of global relevance and to engage with key partners. He chaired the Global Strategy Group from 2013 to 2017.  Until the end of 2018, Mr. Knudsen was Permanent Secretary of State at the Ministry of Foreign Affairs in Denmark. In this capacity, he has served numerous Danish Ministers for Foreign Affairs, Development Cooperation, Trade and European Affairs since 2013. Prior to this, he served as Sherpa and Chief Diplomatic Advisor to two Danish Prime Ministers on Security Policy, EU and Foreign Affairs in the Prime Minister’s Office.

Mr. Knudsen was appointed Ambassador in 2006. He served as Ambassador to the OECD and UNESCO in Paris (2008-2009). Prior to this, he was Press Officer and Principal Private Secretary to a number of Danish Ministers for Foreign Affairs. Besides his diplomatic career, which includes postings in London (2003-2004), Washington (1998-2000) and Moscow (1997), he briefly served as Group Director for International Policy in Vodafone, London (2013).
He holds a Master’s degree in Economics from the University of Copenhagen (1994), where he also acted as external lecturer, and he has published various papers and publications on Asia, WTO, trade policy and globalisation.

HOW YOUNG GENERATIONS CAN SHAPE A GREENER FUTURE

LEAVE NO ONE BEHIND: RE-SHAPING SOCIAL CONTRACT FOR AN INCLUSIVE POST-COVID 19 RECOVERY