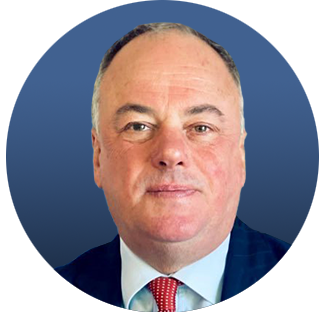 General Stefano Del Col was appointed Head of Mission and Force Commander of the United Nations Mission in Lebanon (UNIFIL) in 2018. General Del Col is a Commanding Officer of the Bersaglieri. During his career in the Army, he has held numerous high-level positions including: Commander of the 11th Bersaglieri Battalion, of the 8th Bersaglieri Regiment in Caserta and of the Pinerolo Brigade in Bari. Abroad he took part in the KFOR operation in Kosovo in 2001, he commanded the Battle Group in Lebanon (UNIFIL) in 2008, the Italian contingent and the western sector of UNIFIL in Lebanon in 2015. He also participated in administrating NATO’s Unified Protector operation in Libya, held the position of Liaison Officer with the British Army at Upavon (2000 – 2001), Head of National Planning and NATO of the Army General Staff (2003 – 2007) and Chief Strategic Management Officer of the Defence Staff (2009 – 2012). General Del Col has a degree in Strategic Sciences and in International and Diplomatic Sciences. He holds master’s in strategic sciences and in international strategic-military studies. He graduated from the Royal College of Defence Studies (RCDS) in London (UK).