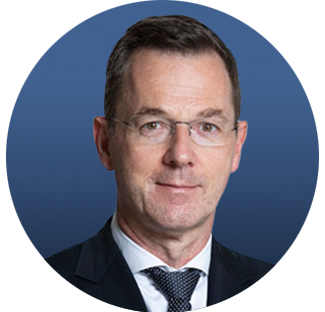 Sérgio Pimenta is IFC’s Regional Vice President for Africa. Previously, Mr. Pimenta was Director and Global Head of Industry—Manufacturing, Agribusiness, and Services at IFC, managing all operations in these sectors worldwide. Mr. Pimenta also served for three years as IFC’s Regional Director responsible for East Asia and the Pacific, based in Hong Kong. Earlier in his career at IFC, Mr. Pimenta held senior managerial positions in the manufacturing, agribusiness, and services sectors in the Asia Pacific region, the Middle East and North Africa, and Washington, DC. Prior to joining the World Bank Group through its Young Professionals Program in 1996, Mr. Pimenta worked for the Treasury Department of the French Ministry of Finance, as well as for Banque Nationale de Paris (BNP). A Portuguese and French national, Mr. Pimenta holds an engineering degree from the École Polytechnique, Paris, and a post-graduate degree from the École Nationale des Ponts et Chaussées, Paris.

"What are the main takeaways of the Migration Forum?" Watch again the interview with Matteo Villa, Senior Research Fellow at ISPI, at #MED2021. Relive the event ➡️ med.ispionline.it/ ... See MoreSee Less

"What are the main takeaways of the Migration Forum?" Watch again the interview with Matteo Villa @emmevilla, Senior Research Fellow at ISPI, at #MED2021.

Book chapter in : North Africa 2030: What the Future Holds for the Region. Coauthored with @hannahabdull. Published by @AtlanticCouncil and @ispionline

It was a pleasure to moderate a wide-ranging conversation on the Gulf region, Afghanistan and the 2022 World Cup with Qatari Deputy Prime Minister & Minister of Foreign Affairs @MBA_AlThani_ at the #MED2021 in Rome @ispionline @ItalyMFA