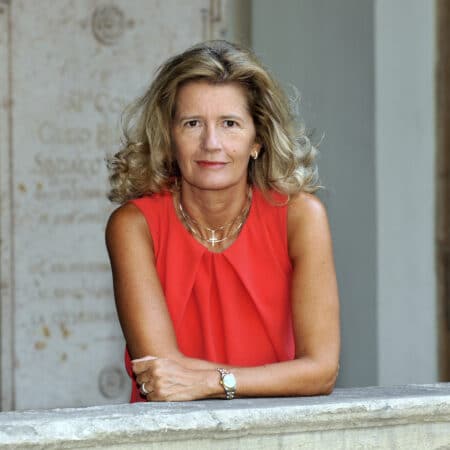 In 1991, she began her career with Microsoft Italia, where she moved through a series of increasingly strategic roles – as Central Marketing Director – until she reached the role of Director Corporate Social Responsibility and National Development. On July 1st 2014 she was promoted to Director of National Development for Western Europe. This assignment has helped her to establish important relations on an institutional level, participating in numerous projects with government, local bodies, and national associations and organisations.

Since September 1st 2016, she is Municipal Councillor for Digital Transformation and Citizens Services for the Municipality of Milan, working directly with the Mayor, Mr. Giuseppe Sala. Her main objective is to leverage digital transformation to offer simpler and better digital services to all citizens, letting Milan become a lighthouse for innovation.

On March 8th 2010, Roberta Cocco was conferred a knighthood as Commendatore dell’Ordine al Merito della Repubblica Italiana by President of the Italian Republic Giorgio Napolitano. In 2021, she has been nominated co-chairwoman of the Advisory Committee for Digital Public Administration for the Italian Ministry of technological innovation and digital transition.