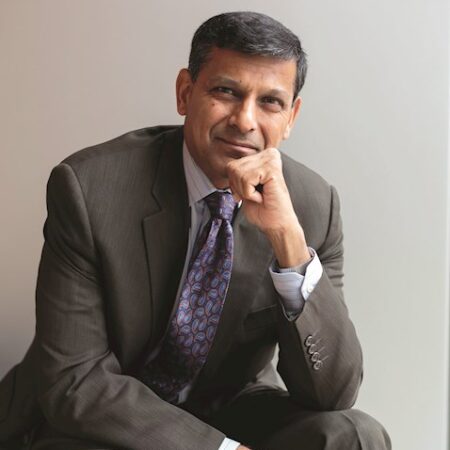 Raghuram Rajan is the Katherine Dusak Miller Distinguished Service Professor of Finance at the University of Chicago’s Booth School. Prior to that, he was the 23rd Governor of the Reserve Bank of India from 2013 to 2016, as well as the Vice Chairman of the Board of the Bank for International Settlements from 2015 to 2016. Dr. Rajan was the Chief Economist and Director of Research at the International Monetary Fund from 2003 to 2006.
Dr. Rajan’s research interests are in banking, corporate finance, and economic development, especially the role finance plays in it. He co-authored Saving Capitalism from the Capitalists with Luigi Zingales in 2003. He then wrote Fault Lines: How Hidden Fractures Still Threaten the World Economy, for which he was awarded the Financial Times-Goldman Sachs prize for best business book in 2010.