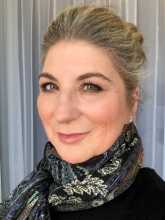 Pam Dixon is the founder and executive director of the World Privacy Forum, a public interest research group known and respected for its consumer and data privacy research. An author and a researcher, Dixon has written groundbreaking studies in the area of privacy, including The Scoring of America, a report on predictive analytics and privacy written with Bob Gellman. She has also written influential reports on Medical Identity Theft as well as the One Way Mirror Society, a report on digital signage networks, and a series of reports on data brokers, among others. Dixon has conducted substantive biometrics and identity research in India, which formed the basis of a scholarly article about India’s Aadhaar, the world’s largest biometric ID system. In 2017, A Failure to Do No Harm was published in a special issue of Springer-Nature and co-published in the Harvard-based Journal of Technology Science. Dixon has written 9 books, including titles for Random House / Times Books, among other major publishers. Her most recent book, Surveillance in America, was published in 2016 by ABC-CLIO books. Her next book on privacy is underway and will be published by ABC CLIO in 2019.

Dixon has written numerous other influential studies, including studies in the area of health, financial, online, biometric, digital signage, and workplace privacy. Dixon is an expert advisor to the OECD regarding health data uses. In 2015 she was appointed to the editorial board of Harvard’s Technology Science journal. Dixon served as co-chair of the California Privacy and Security Advisory Board, a board that reported to California’s Secretary of Health. She is also a past board member of HITSP, a national-level board for determining health information technology standards. In 2008, Dixon won the Consumer Excellence Award.

Dixon was formerly a research fellow with the Privacy Foundation at Denver University’s Sturm School of Law. There, she researched and wrote about technology-related privacy issues. Dixon has written extensively about technology both as a researcher and as a book author. Ms. Dixon has written nine books for major publishers, including two critically acclaimed books about technology and consumers. Her books include titles for Random House / Times Books, ABC/CLIO, and Wiley, among other major publishers. Dixon’s most recent book, Surveillance, was published in 2016 by ABC/CLIO. Dixon co-authored Online Privacy, a reference book, with longtime writing collaborator Robert Gellman.  Dixon has testified before Congress and Federal agencies, speaks internationally as a leading privacy expert, and is frequently quoted in the media regarding privacy and security issues.