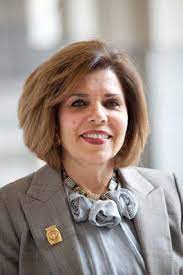 Ambassador Moushira Mahmoud Khattab, Ph.D is an Egyptian human rights activist, former politician & diplomat. She is the former Minister of Family & Population of Egypt, Former Assistant Minister of Foreign Affairs, Ambassador of Egypt to the Republic of South Africa, the Czech Republic and Slovakia as well serving in Egypt’s diplomatic missions in Australia, Hungary, Austria and the United Nations (New York and Vienna). She is also a human rights activist advocating the rights of children and women and the former Chair of the UN Committee on the Rights of the Child based at the UN Headquarters in Geneva.