ASIA & EUROPE INITIATIVE - EU Strategy for the Cooperation in the Indo-Pacific: A European Pivot to Asia? 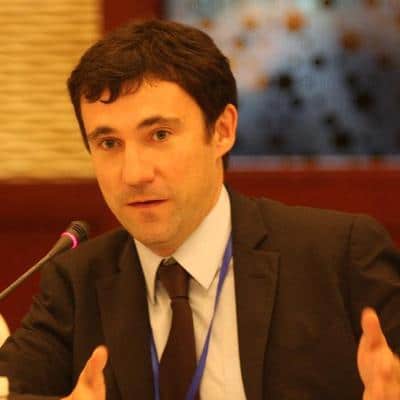 MATHIEU DUCHÂTEL is Director of the Asia Program at Institut Montaigne since 2019. Before joining the Institute he was Senior Policy Fellow and Deputy Director of the Asia and China Program at the European Council of Foreign Relations (2015-2018), Senior Researcher and the Representative in Beijing of the Stockholm International Peace Research Institute (2011-2015), Research Fellow with Asia Centre in Paris (2007-2011) and Associate Researcher based in Taipei with Asia Centre (2004-2007). He has spent a total of nine years in Shanghai (Fudan University), Taipei (National Chengchi University) and Beijing and has been visiting scholar at the School of International Studies of Peking University in 2011/2012 and the Japan Institute of International Affairs in 2015. He holds a Ph.D in political science from the Institute of Political Studies (Sciences Po, Paris).