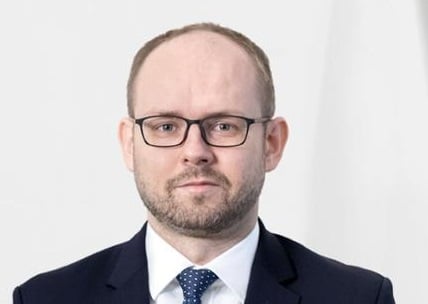 Undersecretary of State for Security, the Americas, Asia and Eastern Policy, Poland

Marcin Przydacz, a lawyer by profession, was appointed as Poland’s Under Secretary for Security, the Americas, Asia and Estearn Policy in March 2019. Prior to that, since 2015, he served as deputy director of the Foreign Affairs Office at the Chancellery of the Polish President. From 2012 to 2015, he was a lecturer at the Pontifical University of John Paul II in Krakow, and from 2013 to 2015, he was president of the board of the Politics and Diplomacy Foundation, a think-tank. Between 2010 and 2014, he collaborated with the Jagiellonian Club as an international relations analyst. At the same time, he was involved with the Republic Foundation Centre of Analysis. A graduate of the Faculty of Law and Administration of the Jagiellonian University, he also studied international relations and philosophy at that university. A scholarship holder of Sapienza University in Rome, the University of Mesina, and the “Kyiv-Mohyla Academy” National University in Kyiv. He also graduated from the Italian and European Law School at the University of Warsaw.