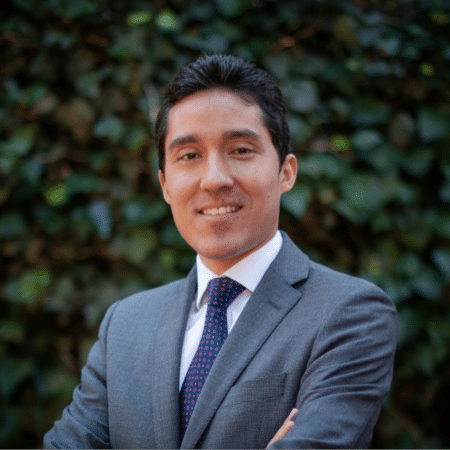 Luis Fernando Mejía, is an economist from Universidad de los Andes, Master in Economics from Universidad de los Andes, Master in Economics from the University of Chicago and has doctoral studies in economics at the University of Chicago. Previously, Luis Fernando was Deputy Director and then Director of Colombia’s Planning Department between 2014 and 2018. During his administration, he led the implementation of the Sustainable Development Goals agenda, issued public policies on green growth and air quality, and coordinated the technical support within the government during Colombia’s successful accession process to the OECD. Luis Fernando has also been Director of Macroeconomic Policy at the Colombian Ministry of Finance, as well as a researcher at the Central Bank of Colombia and the Inter-American Development Bank in Washington. He has also taught macroeconomics at the University of Chicago and several Colombian universities. Among other distinctions, Luis Fernando was chosen as one of the 50 leaders under 40 in Colombia, received the Margaret Reid Memorial Fund Scholarship from the University of Chicago, as well as the Martin & Margaret Lee Award for the best PhD exam in macroeconomics at the same university. He is currently in the top 4% of economists with the highest number of academic citations in Latin America.