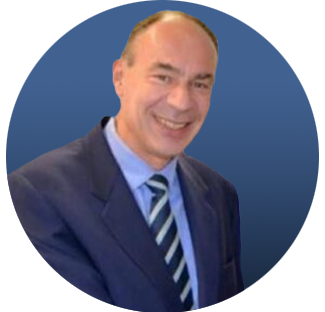 Luca Lazzaroli holds an Economics and Finance degree from the University of Rome “La Sapienza” where he also pursued his post-graduate studies after studying at the Georgetown University in Washington D.C. – USA. He is a Chartered Accountant (“Revisore Contabile” and “Dottore Commercialista”).

He spent the first four years of his professional career working for The Chase Manhattan Bank, in Milan and London, as a credit officer first, subsequently joining the corporate finance team.

He joined the European Investment Bank in 1992 in the credit risk department with a focus on PPP/PF operations. He subsequently moved to Rome to the Italian operational department (energy, telecom and infrastructure) and in the second half of 2000 worked for the newly-established Italian PPP Task Force as head of the financial unit. In 2001-2006 he was back at the EIB where he pursued the rest of his career, initially with the operational Benelux Division, as Deputy Division Head, in charge of new operations in Belgium, Luxembourg, Netherlands. In 2006 he was subsequently appointed Head of Division in charge of lending to infrastructure projects and PPPs in Spain. In May 2011 he became Head of the South-East Europe lending department (covering Romania, Bulgaria, Greece, Turkey and Cyprus). In April 2014 he was appointed Deputy Secretary General in the General Secretariat of the EIB. Since 1 June 2015 he is Director General, Deputy Head of Operations.