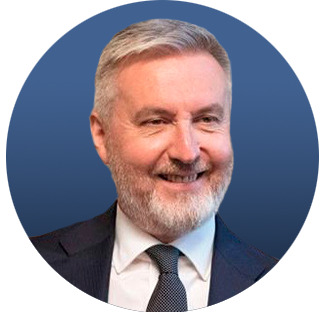 Lorenzo Guerini was appointed as Italy’s minister of defence in 2019, by Prime Minister Giuseppe Conte. Guerini began his political career at the beginning of the 1990s in the ranks of the Christian Democracy (DC). In 1994 he was chosen as the local coordinator of the new-born Italian People’s Party (PPI), the direct heir of DC. Together with many of The Daisy members, in 2007 he joined the Democratic Party (PD), the new centre-left party, born from the union between The Daisy and the Democrats of the Left. From 2005 to 2012 he served as Mayor of Lodi, his hometown. In March 2014, he was appointed by the Secretary of the Democratic Party, Matteo Renzi, Deputy Secretary along with Debora Serracchiani, a position that he held until May 2017. He graduated in political science at the Cattolica University of Milan.