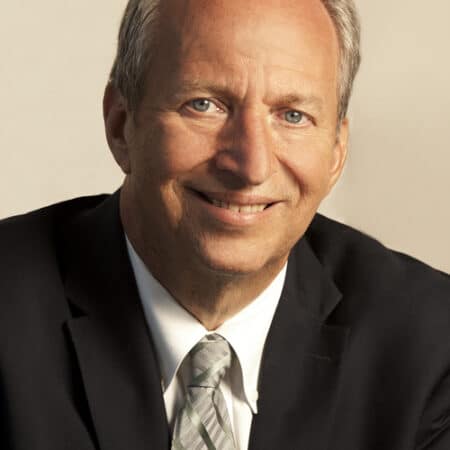 Lawrence H. Summers is the Charles W. Eliot University Professor and President Emeritus of Harvard University. During the past two decades, he has served in a series of senior policy positions in Washington, D.C., including the 71st Secretary of the Treasury for President Clinton, Director of the National Economic Council for President Obama and Vice President of Development Economics and Chief Economist of the World Bank. He received a bachelor of science degree from the Massachusetts Institute of Technology in 1975 and was awarded a Ph.D. from Harvard in 1982. In 1983, he became one of the youngest individuals in recent history to be named as a tenured member of the Harvard University faculty. In 1987, Mr. Summers became the first social scientist ever to receive the annual Alan T. Waterman Award of the National Science Foundation (NSF), and in 1993 he was awarded the John Bates Clark Medal, given every two years to the outstanding American economist under the age of 40. He is currently the Charles W. Eliot University Professor at Harvard University and the Weil Director of the Mossavar-Rahmani Center for Business & Government at Harvard’s Kennedy School. He and his wife Elisa New, a professor of English at Harvard, reside in Brookline and have six children.