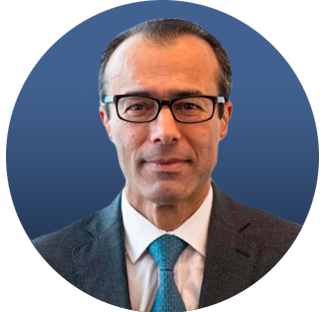 Assistant Secretary-General for the Middle East, Asia and the Pacific, United Nations

Currently Director General of Americas, Asia and Oceania in the Tunisian Ministry of Foreign Affairs, Mr. Khiari brings over 35 years of experience in diplomacy and foreign affairs alternating between his Foreign Ministry headquarters and overseas postings.  He served inter alia as Ambassador and Permanent Representative of Tunisia to the United Nations in New York (2012-2018), Director of Human Rights within the Department of International Organizations and Conferences at the Tunisian Ministry of Foreign Affairs (2011-2012), Chargé de Mission in the Ministry of Youth and Sports (2009-2010), Deputy Director, Euromed, within the Ministry of Foreign Affairs Europe Directorate (2007-2009), Deputy Head of Mission (2003–2006) and Secretary of Foreign Affairs with the Permanent Mission of Tunisia to the United Nations Office in Geneva (1987-1993) and the Ministry’s Department of Maghreb Countries (1984). Mr. Khiari participated in numerous multilateral and regional activities during his career with the Ministry of Foreign Affairs, notably as Co-Chair of the Intergovernmental Negotiations on Security Council Reform, President of the Executive Board of UN-WOMEN, Vice-President of the United Nations General Assembly, Non-Aligned Movement Coordinator of the Peacebuilding Commission in New York, President of the African Group of experts to the World Summit on Information Society in Geneva and Coordinator of the Arab group on European Parliament issues in Brussels.