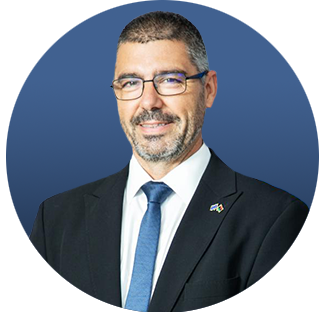 Ambassador José Antonio SABADELL is the Head of the European Union Delegation to Libya since 1 September 2020. A Spanish diplomat since 1993, Ambassador Sabadell most recently served as Director of Policy Planning at the Spanish Ministry of Foreign Affairs. Between 2013 and 2017, Ambassador Sabadell served as Head of the European Union Delegation to Mauritania. He previously held different positions at the Ministry of Foreign Affairs of Spain, including Head of Division for North Africa, Deputy Chief of Staff at the Cabinet of the Minister of Foreign Affairs and Technical Counsellor for Arms Control. He has served in Afghanistan, Guatemala, Ecuador and Saudi Arabia, and at the Organization for Security and Cooperation in Europe (in charge of politico-military affairs) in Vienna. He was a Fellow at Harvard University Belfer Center between 2017 and 2018