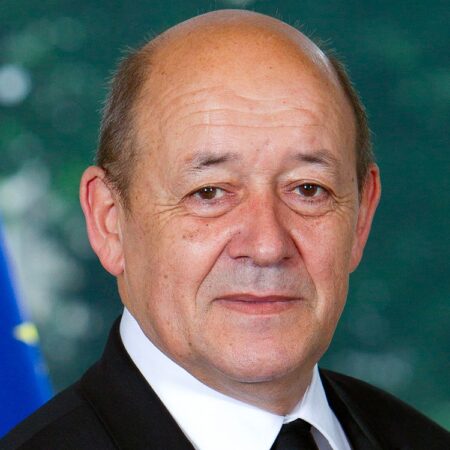 Jean-Yves Le Drian is a French politician serving as Minister of Europe and Foreign Affairs since 2017. He previously was Minister of Defence from 2012 to 2017 under President François Hollande. He was nominated by Emmanuel Macron to serve as Foreign Minister in the First Philippe government on 17 May 2017. A former member of the Socialist Party, he has been an Independent since 2018. In 2010 he became President of the Conference of Peripheral Maritime Regions of Europe, after being elected President of the Regional Council of Brittany in 2004. He served as the Secretary of State for the Sea between 1991 and 1992, as well as Mayor of Lorient between 1981 and 1998. He completed his studies at the University of Rennes 2, where he was an activist for the Union Nationale des Étudiants de France.