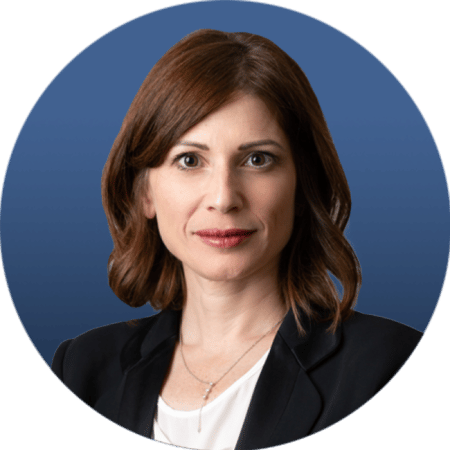 Ms. Fellin is a WPS expert and peacebuilder who has worked as a Senior Gender Adviser with Women in International Security (WIIS), the International Affairs Institute (IAI) in Rome, NATO HQ in Brussels, as well as international consultant for UN agencies and other national institutions for more than 15 years. She was instrumental in establishing and coordinating the Mediterranean Women Mediators Network (MWMN), a project promoted by the Ministry of Foreign Affairs and International Cooperation of Italy aimed at fulfilling the need to increase the number of women involved in peacemaking efforts and at facilitating the appointment of high-level women mediators at local and international level.

Ms. Fellin studied Conservation of Cultural heritage in Parma (Italy) and Museology at the Louvre, in Paris, and started her career working at the Italian Ministry of Foreign Affairs and International Cooperation in the field of cultural diplomacy. She later obtained her Master’s Degree in “Gender and Women Studies” from the Middle East Technical University (METU) in Ankara, where she lived for almost 5 years.

Ms. Fellin is a strong supporter of female leadership and in 2016 she founded the Italian chapter of Women In International Security, an organisation dedicated to advancing the leadership and professional development of women in the field of international peace, security and defence.

Since 2017 she has been working with women mediators and peacebuilders across the Globe, supporting projects aimed at facilitating peacebuilding and mediation initiatives at the national and international level. She works on education and training programs about the “Women, Peace and Security” agenda and about “Gendered inclusive mediation and peace processes”. Furthermore, since 2019 she is visiting Lecturer on “Gender, Security, and Post-Conflict Reconstruction” at Durham University (UK) and she continues to mentor young women within the framework of WIIS’s mentoring program “Global Women Leaders”