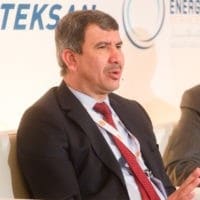 Mr Ihsan Abdul Jabbar Ismail succeeded as the DG of the South Gas Company and brings more than 17 years of experience into the role. He joined the SOC as an Operation and Shift Engineer at a Gas compressor station, then became a Technical Member in Commercial and Technical Committee at the SOC and afterwards he became the Director of Coordination Office for the Iraqi Ministry of Oil for the South Region. He then made it to Manager for Technical and Coordination in the Department at the SGC and then received the same position at Green Fields Project Department at the BGC. Later on Mr Ismaael made it to the Deputy Director of Project and Engineering Commission at BGC and then became a Member in JMC for Majnoon Field between (2012-2013). Afterwards then he became a member in the Gas Consultant Committee/South Region, before he became the Basra Gas Power and Investment Advisor and Head in Multi Commercial and Technical Committees for the last 10 years. After that position Mr Ismaael became the Basra Gas Company Project Manager between 2013 and 2015. He then became the South Gas Company Director General Assistant from 2015 until 2016 before he joined the South Gas Company as a Director General. Mr Ismaael graduated with a Chemical Engineering Degree from Basra University in Iraq, achieved and completed a number of training programmes and researched a number of technical papers at the SGC.