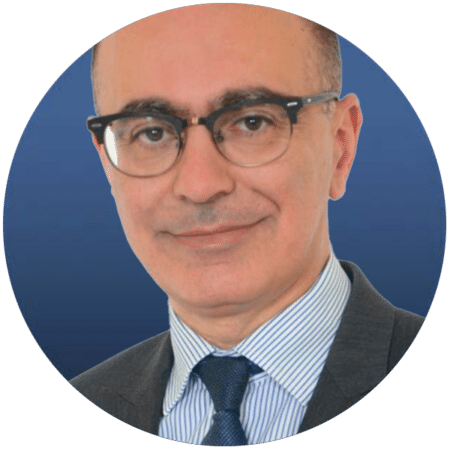 Dr. Haykel Ben Mahfoudh is a nonresident senior fellow with the Atlantic Council’s Middle East Programs. Dr. Mahfoudh is the director of the Center for Research in International and European Law and Maghreb-Europe Relations, a position he has held since 2013. He has been a member of the Scientific Board at the University of Carthage in Tunisia since 2014. From 2006 to 2009, he taught Constitutional Law, Administrative Law, International Law, and Human Rights Law at University of El Manar in Tunisia. Dr. Mahfoudh is a founding partner Ben Mahfoudh & Co. Law Firm, where he worked from 1996 to 2011. Dr. Mahfoudh has been an Associate Expert the National Defense University’s Near East South Asia Center for Strategic Studies since 2002 and has partnered with NATO in 2007 and 2018 on the topics of transparency and security in Tunisia. Dr. Mahfoudh has expertise in security sector reform programs, international development, constitution-building, and civil society. He previously contributed to the Atlantic Council as a nonresident fellow from 2014 to 2017.

NORTH AFRICAN STORM: THE INFLUENCE ON GEOECONOMIC DEVELOPMENT ON STABILITY AND SECURITY