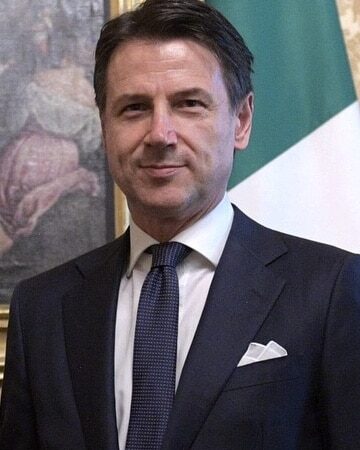 President of the Council of Ministers, Italy (Until 2021)

Giuseppe Conte was appointed Prime Minister of Italy for the first time in June 2018. Following a change in the parliamentary majority, he was appointed again Head of a new Government in September 2019. He graduated in Law at “La Sapienza” University of Rome with 110/110 summa cum laude. After carrying out research work for many years, both in Italy and abroad, since 2002 he is Full Professor of Private Law at the University of Florence. Besides practicing law in different law firms, Prof. Conte is co-editor of several legal journals and series. He is the author of numerous publications, among the most recent are: L’impresa responsabile [The responsible company] (Giuffré, Milan, 2018); La formazione del contratto (in Il Codice civile. Commentario [The formation of the contract (in The Civil Code. Commentary)], Giuffré, Milan, 2018; with Prof. Guido Alpa, he edited Diritti e libertà fondamentali nei rapporti contrattuali [Fundamental rights and freedoms in contractual relations] (Giappichelli, Turin, 2018).