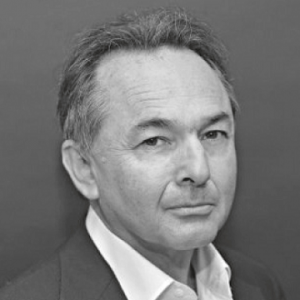 Gilles Kepel is a French political scientist and Arabist, specialised in the contemporary Middle East and Muslims in the West. He is Professor at the Université Paris Sciences et Lettres (PSL) and director of the Middle East and Mediterranean Chair at PSL, based at Ecole Normale Supérieure, and Adjunct Professor and scientific director of the Middle East Mediterranean Freethinking Platform at the Università della Svizzera Italiana. He first graduated in Philosophy and English, then completed his Arabic language studies at the French Institute in Damascus (1977–78), and received his degree from SciencesPo in 1980. His new book is Sortir du Chaos: Les crises en Méditerranée et au Moyen–Orient (Éditions Gallimard, 2018).