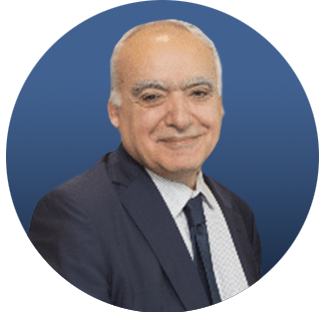 Ghassan Salamé served as the UN Secretary-General’s Special Representative (SRSG) and Head of the UN Support Mission in Libya (UNSMIL), from 2017 until March 2020. In 2003, Mr. Salamé served as the Political Adviser to the United Nations Assistance Mission for Iraq (UNAMI), where he played a crucial role in bringing together Iraqi factions.  He was then appointed as Senior Adviser to the Secretary-General (2003-2007, 2012).  In 2016, he joined the Commission on the Rakhine State (Myanmar) chaired by Kofi Annan.  For most of his career, Mr. Salamé was a professor of international relations at Sciences-Po (Paris) and he is the founding Dean of its Paris School of International Affairs.

NORTH AFRICAN STORM: THE INFLUENCE ON GEOECONOMIC DEVELOPMENT ON STABILITY AND SECURITY