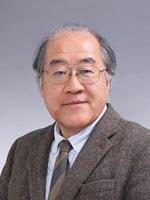 Fukao’s current research concentrates primarily on three areas. The first is the measurement and the determinants of Japan’s total factor productivity at the macro, industry, and firm level. He is also involved in an international project on the comparison of productivity in cooperation with researchers at various overseas universities and economic ministries. In particular, he is interested in the influence of process and product innovation on productivity, the economic effects of M&As, international comparisons of service sector productivity, the determinants of plant-level productivity, such as location and intangible assets, etc. International economics constitutes the second major area in which Fukao is conducting research. Topics include Japan’s inward and outward FDI, the international division of labor in East Asia, China’s economic development, etc. He is particularly interested in differences in the factor contents of traded goods classified as that same commodity but with different unit prices, the impact of inward FDI in Japan, the sustainability of China’s growth, etc. Third, Fukao is conducting historical statistical analyses on prices, trade, and regional economies. This includes, for example, the measurement of real wages from the middle ages until the present, prefectural GDP estimates from the early Meiji period onward, etc.