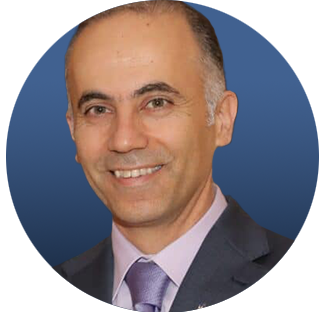 Fadi Daou is the Executive Director of Globe Ethics Foundation, Geneva. He is the Co-founder and former CEO of Adyan Foundation in Beirut, Lebanon. He is also professor of interreligious dialogue and the geopolitics of religion at the Holy Spirit University of Kaslik (Lebanon). His previous roles include serving as director of the High Institute of Religious Studies at Saint Joseph University (Beirut) and as coordinator of interreligious dialogue and ecumenical relations for the Office of the Maronite Patriarchate. Rev. Prof. Daou is the author and editor of numerous books and articles such as Religion and Democracy in Europe and the Arab World (2016); Education on Coexistence in the Framework of Plural Citizenship (2012); Divine Hospitality: Christian and Muslim Theologies of the Other (2011, co-author with Nayla Tabbara; in Arabic and French, 2012); Reconciling Ethics and Politics: The Role of Theology (2008). He is the recipient of “The Civilization of Love” Award in Lebanon and, with Adyan Foundation, many national and international awards. Additionally, he serves as an international visiting professor in many universities and works as a consultant on Middle Eastern issues, religion in the public sphere, and Christian-Muslim relations. Rev. Prof. Daou holds an MA in theology, from the Catholic University of the West (Angers, France), and in political philosophy from University Marc Bloch (Strasbourg, France), where he also earned his doctorate in theology

Inclusive Citizenship And Freedom of Religion Or Belief: Bridging the Two Agendas in the Spirit of Human Fraternity