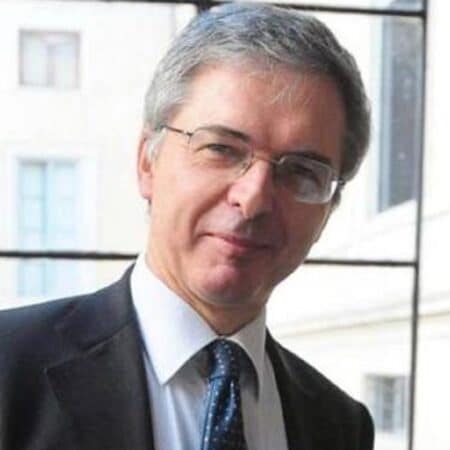 Minister of Economy and Finance, Italy

Daniele Franco was born in Trichiana (Belluno) on 7 June 1953. He has been Minister of Economy and Finance since 13 February 2021. He graduated in Political Science from the University of Padua in 1977; he obtained a Master’s degree in business organization from the Consorzio Universitario di Organizzazione Aziendale of Padua in 1978, and a Master of Science in Economics from the University of York, Great Britain, in 1979. In the same year, he joined the Economic Research Department of Bank of Italy, where he worked until 1994. From 1994 to 1997 he was an Economic Advisor at the European Commission’s Directorate General for Economic and Financial Affairs. Upon his return at the Bank of Italy, he was head of the Public Finance Division of the Economic Research Department from 1997 to 2007, head of Structural Economic Analysis Department from 2007 to 2011, Managing Director of the Economic Research and International Relations from 2011 to 2013. From May 2013 to May 2019 he held the position of State Accountant General at Italy’s Ministry of Economy and Finance. He was Deputy Governor of the Bank of Italy from May 2019 to December 2019, then Senior Deputy Governor from 1 January 2020 to 12 February 2021. Over the course of his career, he has widely published and held lectures on public finance, social protection and income distribution, and has participated in committees and working groups at various national and international organizations.