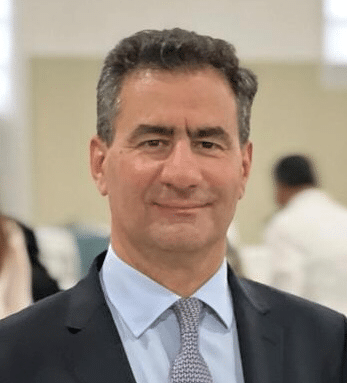 Carlos Javier Regazzoni is Director of the Human Security and Global Health Committee Of the Argentine Council for International Relations, as well as a MD and politician. Regazzoni joined the City of Buenos Aires as deputy minister in the Ministry of Social Development and was later appointed as CEO of the city health-care system for public servants in the city of Buenos Aires. From 2011 to 2015, he was the undersecretary of economic and financial management and resource management of the Ministry of Education of the City of Buenos Aires. He is also the former chief executive director of the National Institute of Social Services for Retirees and Pensioners, the largest state-owned medical insurance agency in Latin America for retired people, reporting directly to the president of the country. He is currently an independent consultant in public health and pharmaceuticals public policies. In 2017, he was elected city counselor in one of the largest municipalities in Argentina. He has earned several awards because of his investigations on sustainable health care for old age and on the impact of university education on the workforce. Regazzoni is author of two books on public health and education and editor of other four on health and public administration. He was an Argentine Eisenhower fellow and was in the Latin America Development Leadership Program at Harvard Kennedy School. After graduating as a doctor in 1992, Regazzoni earned a biostatistics diploma and a PhD in biomedical sciences from the University of Buenos Aires, and a diploma in philosophy from Austral University.