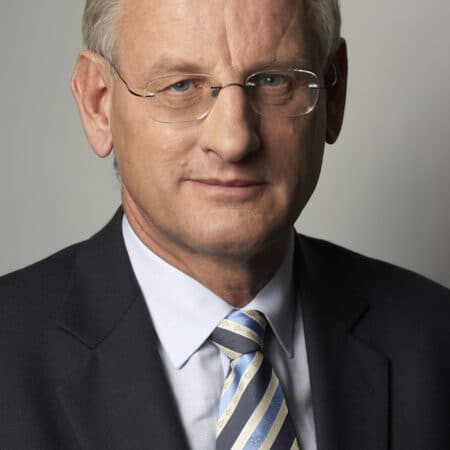 former Prime Minister of Sweden; WHO Special Envoy for the ACT-Accelerator

Carl Bildt has been Minister for Foreign Affairs of Sweden since 2006. From 1991 until 1994, Mr. Bildt served as Sweden’s Prime Minister. Prior to that, he was a Special Adviser for coordination functions in the Swedish Government (1976 – 1978). Mr. Bildt was also the Chair of the International Democratic Union (1992 – 1999). He was very active in resolving the conflict in the Balkans, serving as a Co-Chair of the Dayton Peace Talks on Former Yugoslavia (1995) and a High Representative of the International Community in Bosnia and Herzegovina for reconstruction and the peace implementation process (1996 – 1997).) Mr. Bildt was the first Special Envoy of the UN Secretary-General for the Balkans (1999 – 2001). Bildt was previously a member of the Council for the Future of Europe.