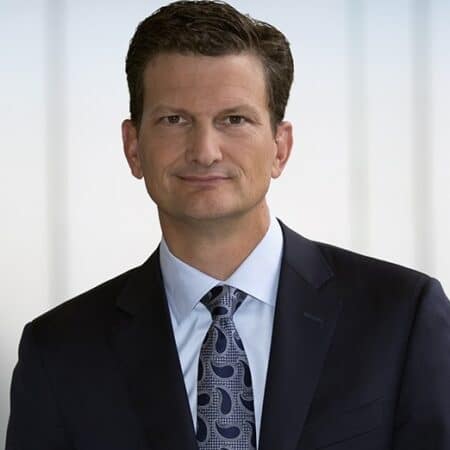 Bill Thomas is the Chairman and CEO of KPMG International where he leads and supports almost 227,000 remarkable people focused on delivering exceptional services to clients throughout the world in 146 countries. Ensuring everyone at KPMG lives up to and abides by the values that have made KPMG the trusted partner of the business community is Bill’s first priority. Bill has more than a decade of executive-level leadership experience and previously served as Chairman of KPMG’s Americas region from 2014 to 2017, and as CEO and Senior Partner of KPMG in Canada from 2009 to 2016. During each stage of his career, he has propelled the firm’s global strategy throughout local, regional and international geographies, always pairing pragmatism and creativity to deliver concrete results. While Chairman of KPMG’s Americas region, Bill oversaw dramatic efficiency gains across borders, and similarly, as CEO of KPMG in Canada, Bill reshaped the Canadian firm’s culture and rallied the firm to embrace a new direction. He was awarded the Queen Elizabeth II Diamond Jubilee Medal in 2012 and named a Catalyst Canada Honours Champion in recognition for his leadership in building a diverse and inclusive culture. Bill strongly believes that businesses can empower positive change and play a role in strengthening the communities they serve. He is a member of the International Integrated Reporting Council (IIRC), Business Roundtable, International Business Council, and His Royal Highness The Prince of Wales Sustainable Markets Council.