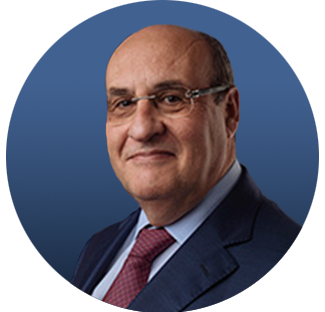 António Manuel De Carvalho Ferreira Vitorino served as European Commissioner for Justice and Home Affairs, from 1999 to 2004. Prior to joining the European Commission, he served as Deputy Prime Minister of Portugal. He has been member of the European Parliament, where he chaired the Civil Liberties and Internal Affairs Committee in charge of Migration, Asylum, Justice and Fundamental Rights. He served as Judge of the Portuguese Constitutional Court, and was Professor at the Lisbon Law School and Lisbon Nova University. He was President of Notre Europe/Jacques Delors Institute in Paris (2011-2016), Board member of the Migration Policy Institute (MPI) in Washington, D.C. (2005-2013) and chaired the New York based Advisory Board of the International Migration Initiative. Mr Vitorino was Commissioner of the Gulbenkian Foundation Forum on Migration and the Civil Society Platform for the Integration of Migrants. Currently he is a member of the Washington D.C. based Transatlantic Council on Migration (since 2007).