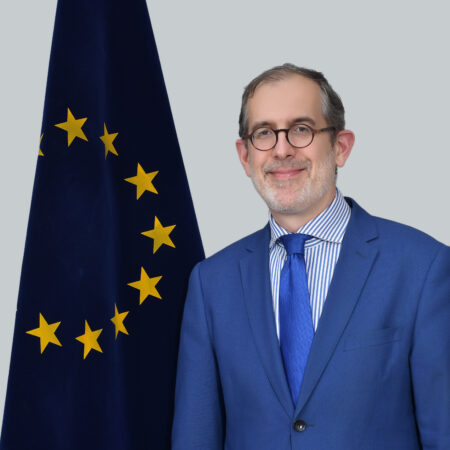 Ambassador Andreas von Brandt has been heading the Delegation of the European Union to Afghanistan since September 2020. Before joining the European External Action Service (EEAS), von Brandt worked as Deputy Director in the Private Office of NATO Secretary General from 2018-2020. Prior to joining NATO, Mr von Brandt was Deputy Ambassador at the German Embassy in Kabul. During the years 2014-2017, Mr von Brandt worked as Deputy Head of Division for the Southern Caucasus and Central Asia at the Federal Foreign Office in Berlin. Prior to temporary crisis assignments in Libya and Tunisia in the Summer of 2014, Mr von Brandt headed the Pakistan Group in the Special Task Force on Afghanistan and Pakistan from 2011-2014. From 2009 to 2011, Mr von Brandt was Spokesperson and First Secretary at the German Embassy in Rome, Italy.