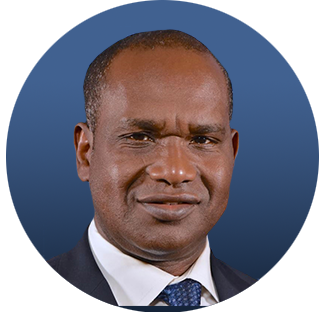 Alpha Mamadou Barry was appointed Minister of Foreign Affairs, Cooperation, African Integration and Burkinabe abroad in 2016, and Special Advisor to the President of the Republic of Guinea in 2011. Journalist by profession, he stands as the Chairman and CEO of Radio Omega since 2008. He has also held several correspondent and journalist positions with networks such as RFI radio, France 24, Jeune Afrique, Journal du Soir (Ouagadougou), and Horizon FM. Alpha Barry holds a masters in journalism and Communication, as well as a Bachelor’s in Sociology, from the University of Ouagadougou.