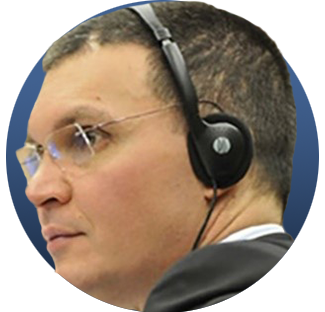 Alfredo Nunzi is the Head of the Department of Institutional and Legal Affairs of EUROPOL, which he joined in 2001 as Secretary of the Management Board. During his career with at EUROPOL he was in charge of the development and implementation of the regulatory and administrative system (2001-2017), later he was responsible for the management of human, financial and logistical resources (2017-2019), before taking the responsibility for the Agency’s strategy, planning, external relations and legal affairs activities. From 1998 to 2001, he was the Director of the Siracusa International Institute for criminal justice and human rights; during this period, he also participated in the negotiations of the United Nations Convention against Transnational Organized Crime as a member of the Italian delegation and of the drafting committee. From 1990 to 1998, he served with the United Nations dealing with international cooperation in criminal matters, particularly the fight against organized crime and terrorism and technical cooperation activities in the Western Balkans and the Middle east and North Africa.