ISPI MED This Week | On Afghanistan, the International Community Is at a Crossroads

The MED This Week newsletter provides expert analysis and informed insights on the most significant developments in the MENA region, bringing together unique opinions on the topic and reliable foresight on future scenarios. Today, we look at the extraordinary G20 summit which took place on Tuesday as an opportunity to reflect on the humanitarian crisis that is unfolding in Afghanistan and on its regional context.

The extraordinary G20 summit offered a first critical step for the international community to address the humanitarian crisis in Afghanistan and alleviate the situation in the country. Three issues were on the table: to avoid a humanitarian crisis that could trigger an uncontrolled migration flow, ensure that the country does not become a shrine for jihadist organizations once again, and support humanitarian organisations to assist the population. In this effort, the international community faces the fundamental dilemma of finding a suitable solution to help the Afghan population without legitimising a government that came to power by force and denies citizens’ fundamental rights. Yet, the crisis in Afghanistan has taken up a regional dimension. Asserting its diplomatic agency in the region, Doha has become the Taliban’s communication channel to the outside world. Due to its interest in preserving regional stability and preventing a new flow of migrants, Ankara has also recently entered the Afghan quagmire. At the same time, the consequences of the sudden US withdrawal from Afghanistan offers Tehran new opportunities, as well as new challenges.

Experts from the ISPI MED network react to the extraordinary G20 on Afghanistan. 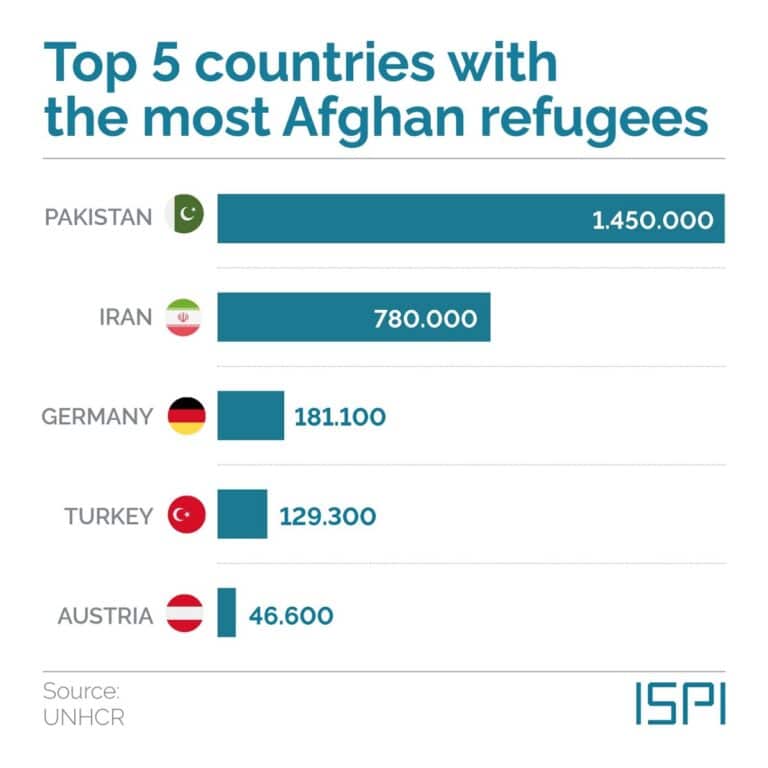 In Afghanistan, the match has only just begun

“The extraordinary G20 summit on Afghanistan marks the first-ever inclusion of a regional crisis in the agenda of a format created — and developed — to address economic and financial issues as well as the great challenges of globalization. This is an important and far from obvious success for Italy, which must be ascribed to President Draghi’s determination and Italy’s diplomacy ability in asserting that “agenda power” which is the essential prerogative of every Presidency in international fora. The commitment of the world’s twenty wealthiest countries to collaborate in the fight against terrorism, the defense of Afghan women’s rights, and humanitarian assistance to the population is a significant outcome that sends a message of unity to the Taliban regime, laying the groundwork for a crisis management that follows in the tracks of a hopefully effective multilateralism, also through the reaffirmed centrality of the role of the United Nations and its agencies. The preconditions for this goal are, on the one hand, the West’s ability — in particular the USA’s and Europe’s — to unite around a shared strategy and overcome the misalignments that emerged following the chaotic withdrawal from Afghanistan and, on the other hand, the main regional players’ willingness — starting with China and Russia — to act responsibly and transparently in stabilizing the country. The match has only just begun.”

“At this juncture, it remains essential that the international community demands the Taliban administration comply with international humanitarian law so that UN Agencies and NGOs can deliver life-saving and life-sustaining assistance to the vulnerable people of Afghanistan and prevent a humanitarian disaster. With mounting food prices, shrinking access to drinking water, food, and healthcare, coupled with rising unemployment, it is imperative to act swiftly not to leave anyone behind.

It is also paramount that the international community supports neighbouring countries by strengthening the resilience of host communities to afford necessary assistance and protection to individuals fleeing Afghanistan. As IOM, we are concerned by the rhetoric portraying the movements out of Afghanistan as a threat to security, as a new crisis, or in terms of “waves” of migrants since this risks provoking a hostile environment for Afghans who are already in situations of vulnerability.”

Afghanistan might become a passive sponsor of terrorism in the future

“Given that the Afghan Taliban are seeking international legitimacy at present, they have every incentive to ensure that Afghanistan does not become a safe haven for terrorist groups. However, the issue is that the Taliban have limited expertise and resources to simultaneously manage the burden of governance and ensure human security while also engaging in effective counterterrorism. This opens up a real possibility of Afghanistan becoming a passive rather than an active sponsor of terrorism in the future, especially in the absence of an inclusive counterterrorism strategy at the regional level. The fight between ISK and the Taliban, without any third-party intervention, is likely to result in a protracted conflict between the two groups, with grave consequences for civilian populations. An extended battle between the two may also create additional opportunities and incentives for ISK to reconsider its strength and eventually threaten Western interests in the region.”

“Qatar’s role in Afghanistan, as elsewhere, is dictated by its strategic hedging that has been an instrument in its foreign policy for decades. It continuously attempts to find friends and partners that can help it assure its security and wellbeing. While generally interested in regional and international peace, its current role in Afghanistan is a way to help the United States smoothly extricate itself from that country and the Taliban Movement to seek a moderate approach to world affairs. By working with the United States, Doha ensures a good relationship with Washington that helps it protect itself regionally; and by providing friendly advice to the Taliban, it ensures that the movement does not foment instability in Central and South Asia. As a small state and a hydrocarbons-trading nation, these two purposes are essential to its survival and wellbeing.”

Tehran is taking a pragmatic posture towards the Taliban

“The Taliban takeover of Afghanistan presents Tehran with a mixed bag of opportunities and challenges. The US departure has provided Tehran with an important symbolic victory, though at the same time the new government’s power vacuum and uncertain posture have presented equal security challenges. Tehran is taking a pragmatic posture towards the Taliban’s takeover to ultimately preserve its economic and security needs. This includes maintaining commercial access and trade that helps Iran push back against its heavily sanctioned economy. Tehran has also calculated that working with the Taliban can protect Iran’s border, push for religious protection of the Afghan Shia, and prevent terror groups like ISIS Khorasan from challenging Tehran’s domestic security. The power vacuum is also providing an opportunity to increase its regional influence by collaborating with neighbouring countries with shared interests. How Tehran manages to balance these issues will be critical to asserting its multiple objectives.”

“Turkey is among the few countries that maintain an active channel of dialogue with the Taliban. However, despite the commitment —  alongside Qatar —  to reopen Kabul airport, it is not yet clear what role Ankara could play in Afghanistan’s future and if it has a well-defined strategy. Certainly, it was important for Ankara to signal goodwill to the United States to try to mitigate the tensions and divergences that have marked the bilateral relations in recent years. Nevertheless, Turkey’s attention to the stability and security of the country goes well beyond the attempt to mend fences with Washington. Undoubtedly, Ankara is concerned about the wave of instability that could spread from Afghanistan to its neighbouring countries, especially in terms of potential migratory flows and the revival of terrorist activities. Moreover, Ankara’s focus on Afghanistan is also dictated by geopolitical and geo-economic interests, although it remains to be seen whether these fit into Turkey’s broader strategy towards Central and Southern Asia.” 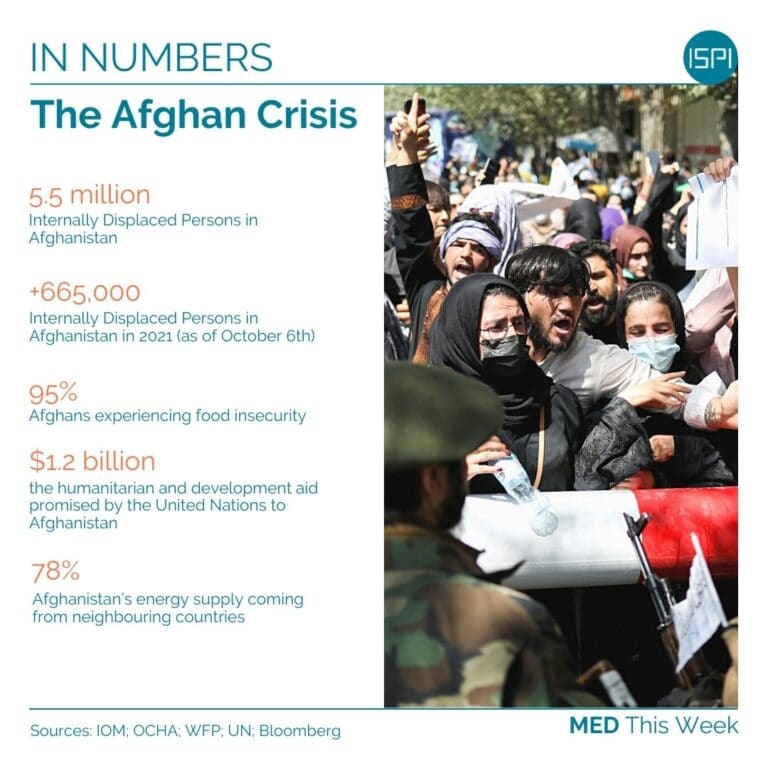