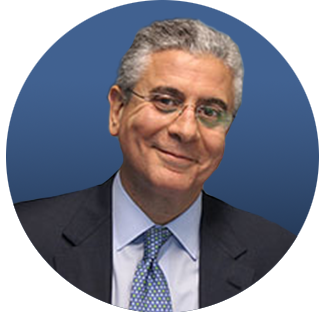 Ferid Belhaj took up the position of World Bank Vice President for Middle East and North Africa on July 1, 2018. Prior to this, Mr. Belhaj served 15 months as the Chief of Staff of the President of the World Bank Group. From 2012 to 2017, Mr. Belhaj was World Bank Director for the Middle East, in charge of World Bank work programs in Lebanon, Syria, Jordan, Iraq and Iran, based in Beirut, Lebanon. Mr. Belhaj served as World Bank Director for the Pacific Department (2009-2012), and between 2007 to 2010 he was World Bank’s Special Representative to the United Nations in New York. Ferid Belhaj served as World Bank Country Manager for Morocco (2002-2007), where he developed a new and multifaceted dialogue with one of the best performing Middle-Income countries. A Tunisian national, Mr. Belhaj joined the Bank in 1996 as Senior Counsel in the Legal Department, managing a number of legal and judicial reform projects.

PUBLIC DEBT AND ECONOMIC RECOVERY IN THE MENA REGION

"What are the main takeaways of the Migration Forum?" Watch again the interview with Matteo Villa, Senior Research Fellow at ISPI, at #MED2021. Relive the event ➡️ med.ispionline.it/ ... See MoreSee Less

"What are the main takeaways of the Migration Forum?" Watch again the interview with Matteo Villa @emmevilla, Senior Research Fellow at ISPI, at #MED2021.

Book chapter in : North Africa 2030: What the Future Holds for the Region. Coauthored with @hannahabdull. Published by @AtlanticCouncil and @ispionline

It was a pleasure to moderate a wide-ranging conversation on the Gulf region, Afghanistan and the 2022 World Cup with Qatari Deputy Prime Minister & Minister of Foreign Affairs @MBA_AlThani_ at the #MED2021 in Rome @ispionline @ItalyMFA